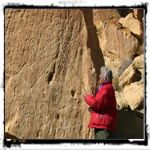 The People Have Spoken

Proposed Hopi Constitution Draft24A was considered by the Hopi people and was defeated!

Congratulations to all and thanks to all of you who helped make this a great day!

Making their way to Washington DC to protect their constitution…

If you are inspired…please send your support

The Hopi are going to meet with the only people that can help protect their ancient way of life.

There will be Religious Leaders and Elders that need to travel to DC.

They are collecting resources for Flights, hotels, food, and other travel expenses.

Within us all beats hearts of love. Sometime between sunset today and sunset tomorrow,

be still and listen as our hearts walk in togetherness on the sacred path.

January 20, 2011 – Lawsuit to stop the election presented in US District Court

January 10, 2011 – Complaint For Declaratory and Injunctive Relief to be filed in US District Court

December 27, 2010 – Hopi Tribe’s Press Officer informed the public about the deadline to register to vote.

2. Educate the People on the contents of Draft 24A, if passed, that will violate the People’s civil rights and interests, and the aboriginal Villages’ sovereignties and their pre-constitutional powers.

3. Solicit the grassroots People’s input to reach a consensus on the most workable strategies and challenges/arguments to Draft 24A that will withstand “the test of law” to ensure the People’s and Villages’ rights and interests are not compromised and violated.

October 5, 2010 – Chairman Shingoitewa responded to each of the 19 comments/suggestions of Mr. Bowker’s September 24th letter on behalf of the Hopi Tribe. At the conclusion of the 16-page letter, Shingoitewa advised the BIA he was enclosing a copy of the Tribe’s “Final Revised Constitution” to be placed before the voters in a constitutional referendum, and requested the issuance of an “Authorization For a Secretarial Election” without further delay to ensure compliance with applicable federal law”.

In other words, he and Robert Lyttle acted alone in working directly with the BIA on certain agreeable revisions which were then incorporated into the Tribe’s “Final Revised Constitution” without the prior knowledge and approval of the Council and input from the People.

It is not known as of this submittal when Shingoitewa submitted Draft 24A (aka, “Revised Constitution”) to the BIA Hopi Indian Agency or Phoenix BIA Office.

August 4, 2010 – With Chairman Shingoitewa’s proposed resolution in hand, the Council voted 8-7, per adopted HTC Resolution H-053-2010, to authorize and enable the Secretary of the Interior/BIA Hopi Indian Agency to prepare for and schedule a constitutional referendum on Draft 24 “as-is”, according to Caleb Johnson.

If this so, a further interpretation of this action meant that all comments and insertions to Draft 24 must be dismissed and eliminated while forwarding Draft 24 to the BIA. Furthermore, Draft 24, not Draft 24A, should have been presented at subsequent village and off-reservation meetings.

July 28, 2010 – Chairman Shingoitewa met with The Hopi-Tewa Sinom of Greater Phoenix on Draft 24A. At the meeting, Shingoitewa advised the attendees that we still had an opportunity to provide input into Draft 24A. He alluded to the “Introduction” of Draft 24A, which reads verbatim: “Now is the time for the Hopi People to review Draft 24A of the Constitution and to make any final recommendations. We also encourage you to ask the Tribal Council to schedule a vote on the new Constitution so that the people of the Tribe can make a final decision on the New Constitution.”

From that point on, village presentations on Draft 24A continued for approximately [6 weeks], and at the meetings, the People were told they were not allowed any input “because so much work had already been put into Draft 24/24A”.

If that was the case, then why did Shingoitewa and his presenters, supposedly representing the dissolved CRC, even bother to make presentations on Draft 24A? Remember, the Council on August 4th, voted to move forward on Draft 24 “as-is”.

September 10, 2004 – The Council attempted to appoint new Constitution Task Team (CTT) members but failed because the then-First Mesa representatives advised they were instructed by the First Mesa leadership to not participate on the CTT. The Council was forced to table the issue, and the CTT has been held in abeyance since.

May 25, 2004 – Per adopted HTC Resolution H-49-2004, the Council established the “Constitution Task Team (CTT)” to replace the Constitution Reform Committee, and tasked it with analyzing and proposing amendments to Draft 24, and to recommend to the Council on how work on Draft 24 should proceed.

December 28, 1998 – Per adopted HTC Resolution H-006-1998, in part, the Council established a Constitution Reform Committee (CRC) to be composed of two representatives from each village.

uphold the RIGHTS of the Hopi people. All it may take to save the Hopi and possibly save ourselves from destruction is ONE VOICE!

please include a CC to :   nadtwani@yahoo.com this is a Hopi that is with the Village of Shungopavi

The Hopi Plaintiffs ask that you pray for peace, harmony and oneness for ALL. Your prayers can make a difference for the greater good of the world.

In addition, you can make an impact by contacting your US Congressional Representatives and voicing your support for the Hopi Plaintiffs. This website, www.senate.gov/general/contact_information/senators_cfm.cfm , can be used to easily identify your Senators andwww.house.gov/house/MemberWWW_by_State.shtml ; will assist you with finding your House Representative.

Please forward this vital information within your network of family and friends.

With Much Appreciation & Gratitude,

The Society for Restoring Ancient Wisdom®