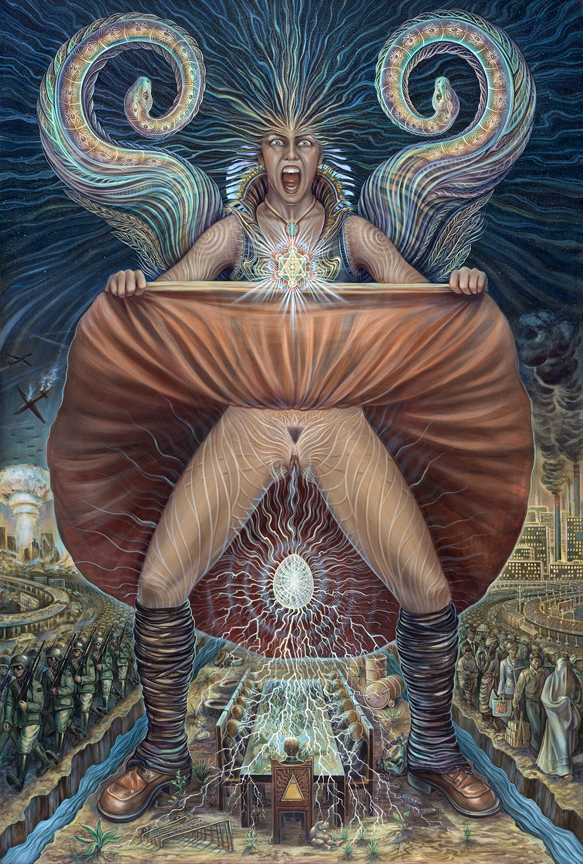 Ana-Suromai is derived from the Greek word meaning ‘to lift the skirt’.

“Also known as Anasyrma or plural: Anasyrmata; women have been lifting their skirts for centuries to ward off evil & enhance fertility. This symbolic act is also found in mythologies of various cultures all over the world, & specifically in those of ancient Egypt, Greece, Persia, Ireland, Africa, Indonesia & Japan.

It is said that the evil-averting gesture of women individually or collectively exposing their genitalia have the power to shame & defeat an advancing army.The act of revealing publicly the hidden core of womanhood initiates a process of change that operates on a world scale, as well as on an individual level.

“At some point in human history, female genitalia were considered potent enough to be used as the catalyst for bringing the earth and all life back from the brink of destruction”.

It is said that when Persephone was kidnapped into the underworld by Hades, her mother Demetra went into such mourning that life on earth began to wilt & die. It wasn’t until Baubo lifted her skirt & shocked her into laughter that vitality & fertility on earth was restored…Laughter being a key element in healing & resurrecting life.

-Excerpts from & inspired by Catherine Blackledge’s book ‘The Story of V’.

As a Global Culture we are currently going through a Rites of Passage. Confronted with the results of industrialization, corperate power & the intoxicating lie that we are seperate beings living on a systemized treadmill without the ability to change the course.

It is time to wake up as a collective species & recognize our common strengths. To support each other as empathetic beings longing for similiar things. To treat each other, the resources, the animals & earth with respect & gratitude..

The revolution is within….

I started painting this piece in 2005 after reading ‘The Story of V’ (very much recommended!!!) … & when I realized that I had to paint this… the very important question arose, for what would I actually raise my skirt? If there was an ultimatum, what was it?…. So in illustrating that ultimatum, I have used a lot of symbology…: In the center between my legs is the table of power, symbolizing World Power/ The Illuminati with 13 chairs & a map of the civilized world on the table… on the right are the people the ‘slaves to the system’… on the left is control, command, … war. My face is of ultimate expression, emotion, intensity… & am laying a bright & potentiated egg onto the table of power. It symbolizes new birth, & is striking out waves & electricity, meeting & transforming the 13 humans in the 13 chairs as they sit in silence. Where the energy/lightning strikes the earth new life is springing up, as they are surrounded by the results of civilization. Metatrons cube floats in front of my heart & a scarab representing re-birth is on a necklace around my neck. Behind me rise two rainbow feathered serpents who are acting as guides & supporting this advent of re-birth.

I began this painting in 2005 in Vienna & have now completed it for Burning Man 2011. The original will continue on to various shows TBA. A large print of it will be displayed on the 8 o’clock tower& Esplanade at Burning Man….

If you are interested in a print of this painting, please send me an email to: amandasageart@gmail.com 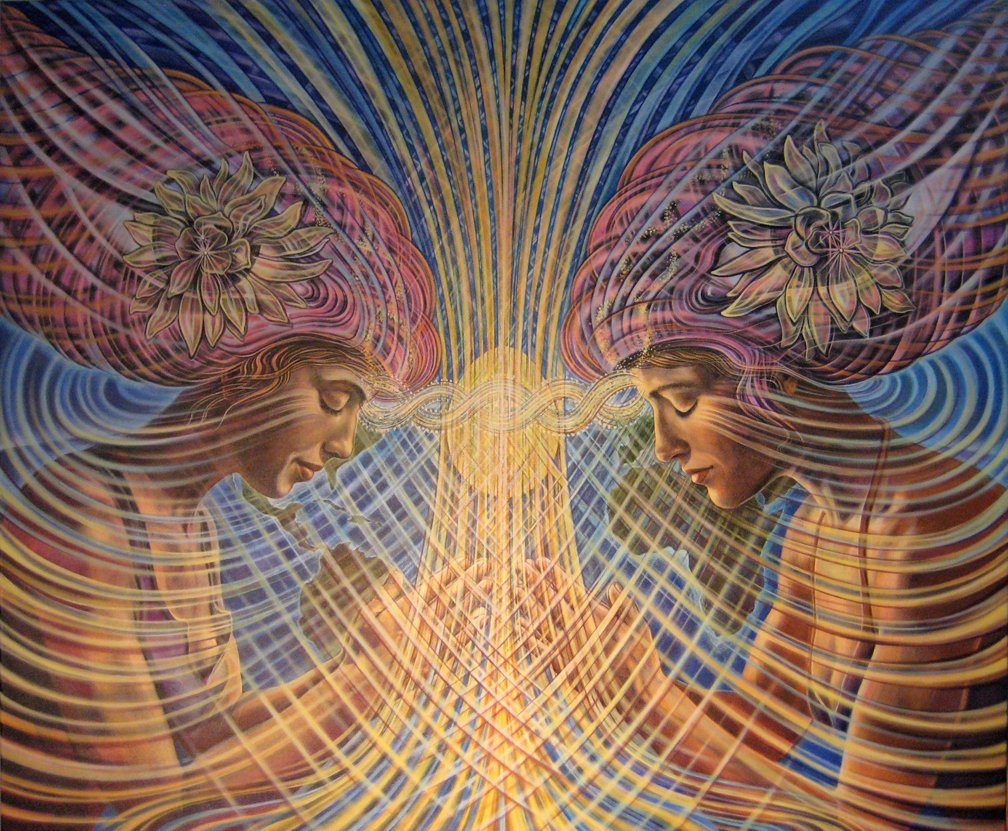 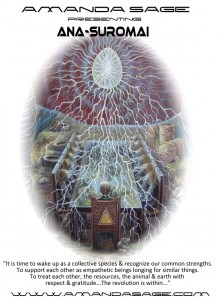 “Pandora’s out of the Box”