‘She’ woke up suddenly and felt the call from the Hopi to come to Hopi Land in her solar plexus. Then, ‘She’ received a call from ‘He’. Her throat was still a little scratchy, ‘she’ answered, “Hello”.  He replied, “Your going to Hopi.”  Softly and with a smile ‘she’ said, “Yes”. ‘He’ informed her that his friend Kym would arrange for her to meet with Grandfather Martin.

It turned out that Kym and her son, Joe, were also headed to Hopi Land. They had arrived one day earlier. ‘She’ did not really know the reason for their travels there but understood the ‘he’ was the conduit for ‘she’ to meet with Grandfather Martin and it was not by accident that they would all be there at the same time. The Hopi’s have been calling ‘her’, to what feels like, home for the past few years now. Each journey to Hopiland was not planned or known until the day or two before her departure. The call always comes to her at night in her sleep. During each trip, a magical and serendipitous story and lesson is revealed.

‘She’ did not get on the road till late that day and ended up taking the long way there. It appeared ‘she’ would be welcomed home by night fall. As the circumstance would have it ‘she’ would end up all the way in Williams, Arizona after a long drive through heavy rains. The energy running through the night air was unsettled and restless. ‘She’ was restless all night long. After speaking with Kym, they agreed to meet around 9am. She explained that they had to make it to the Grand Canyon by sunset but wanted to meet for breakfast and then take ‘she’ to Grandfather Martin’s. (note: outsiders are no longer allowed in to be with Grandfather Martin—once again the magic of the universe was unfolding).

In the morning, ‘she’ got up early and drove across the painted desert, her preferred point of entry to the mesas.  The colors and the land formations spoke to her, as she drove across the desert and chanted, “Om Tara Tutara Ture Svaha”. The mantra of Green Tara. ‘She’ had a deep connection for Green Tara and Tibet (another part of the world that housed a slice of her soul).  ‘She’ was not sure why that chant was calling her in that moment. She chanted all the way to Hotevilla just beyond the second mesa. Waiting out front for ‘she’, was a man in a cowboy hat. He greeted her and they walked together to meet Kym and Joe.

Kym, quickly informed them that Joe was a recognized reincarnated Tibetan Lama and was currently studying under the emanation of the Green Tara. ‘She’ smiled and now understood why she was chanting. Joe was a sweet young man…who reminded her of her son. Then, Kym shared that they had to be at the Grand Canyon to connect with a Buddha buried in what is known as the Lost City of the Dead. She showed her a map of the caves and where they were headed. ‘She’ suddenly felt torn. She was not just brought here by the voice of the Hopi but also by the voice of the Tibetans.  ‘She’ decided to get quiet and really tune into where ‘she’ was to direct her energy on this trip. ‘She’ heard loud and clear, “Grandfather” as she handed this map back to Kym. 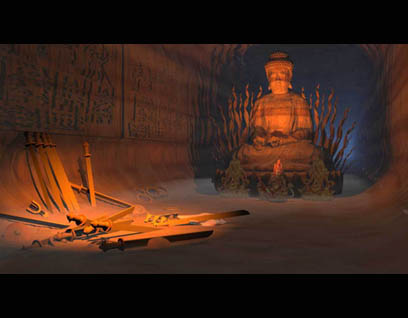 They all climbed into their autos and made their way to the Old Orabi. ‘She’ then started to connect with Buddha Maytrea and felt his presence. On the way to Grandfather’s, ‘she’ start to pray for Joe. ‘She’ did not really understand why…as they made it through the muddy roads. ‘She’ continued to pray. When they arrived, she gathered the flutes and an old artifact that ‘she’ had from where she lived as a child in Arizona and some fresh fruit. ‘She’ walked over to Joe and said, “Today, when you connect with the buddha, Welcome in Buddha Maytrea.” ‘She’ decided that she would spend time with Grandfather and then journey to prophecy rock and make it out towards Tuba City by sunset to meditate and connect with Joe when he would be at the Grand Canyon.

‘She’ said, “Good-bye” with big hugs to Joe, Kym and John. ‘She’ then allowed the rest of her day to unfold with Grandfather Martin (another story for another day) and just kept the caves and the Buddha in the back of her mind.  After a day, that left ‘she’ in a very altered state, ‘she’ made her way to Tuba City to meditate with Joe and individuals in  Tibet. The meditation was deep and she could not explain what was coming through or really her involvement with this part of the story and simply felt in the moment the profound link between these to regions of the world. (note: Hopi is directly above Tibet). It was not until the next morning when ‘she’ went back to prophecy rock that she final felt all the energy finally settle in this region. ‘She’ could breath and slowly was allowing all the information to integrate.

‘She’ receives an e-mail from Kym. It read, “I had a dream with you in it and it said that I was supposed to make contact with you and tell you what happened after we left you at the restaurant and went off to the Grand Canyon. I don’t know why so if you know please let me know.”  Kym had included a link to a story that she wrote on her journey with additional information on the caves. The story was an Indiana Jones adventure that was initiated by a gentleman named G.E. Kinkaid. Kinkaid discovered these caves in 1909 and removed artifacts as the story is told. ‘She’ read the blogs and the articles she immediately knew ‘she’ was to talk with Jack Andrews the gentlemen that had lead Kym and Joe to the area where they connected with the Buddha on that Saturday in August.

‘She’ then reached out to Jack Andrews and the conversation began. There is still much more to explore…as this will be the first of future conversations…until then enjoy this part of the adventure.

A link to his sites: Mysterious Arizona and Jack Andrews 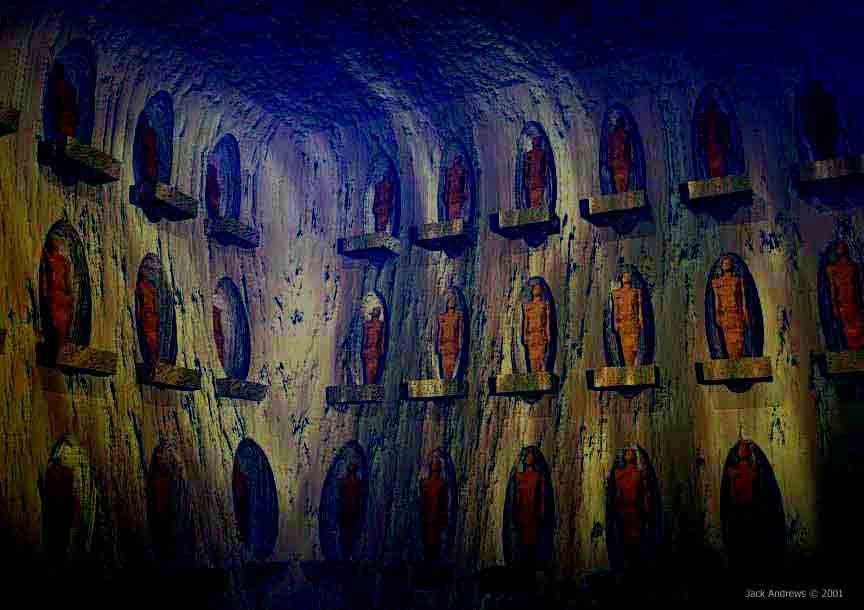 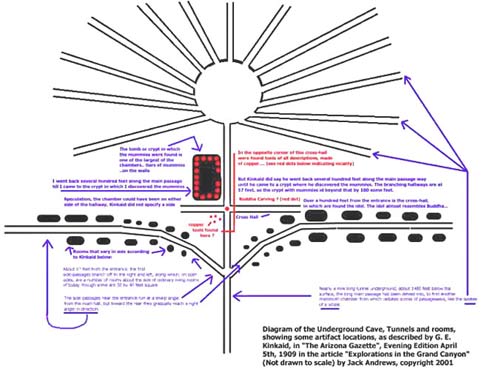 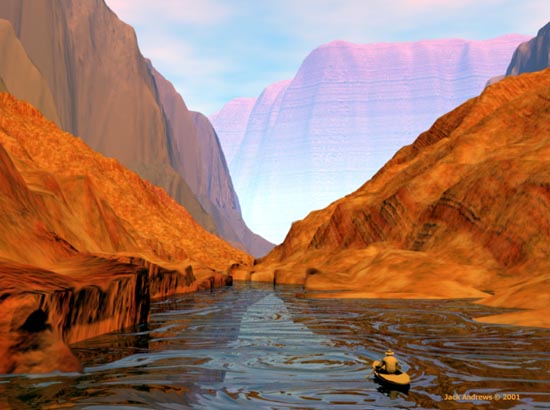 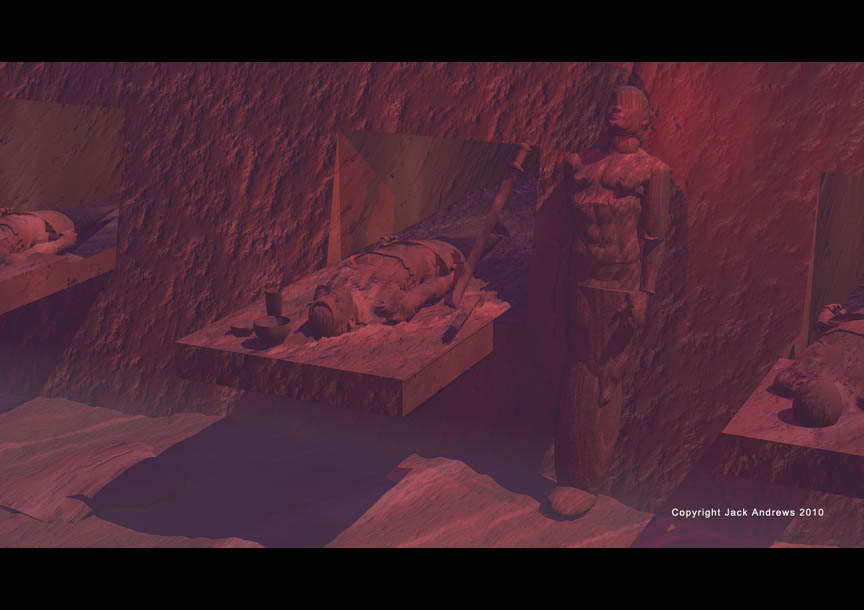 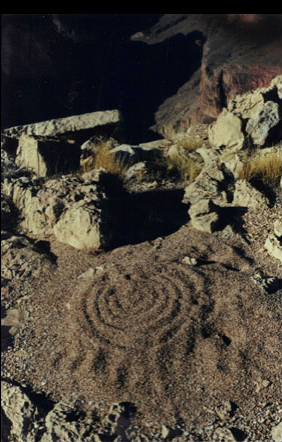 This creation was made from the inspiration of this story 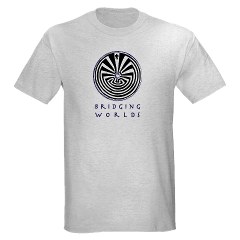