BeSimply…Kindness, Serendipity, and Medicine for the Soul

Gifting of the Flute…

‘She’ had taken her kids and 27 star children flutes to the Grand Canyon to have a little ceremony for her brother who just transitioned. This was one of the locations he had thought of to have his ashes laid to rest. He had never made it to this location in Arizona; however, ‘She’ found it very curious that in his final days he was starting to have dreams of the point of emergence which is located in the Grand Canyon.

While, her journey continues with the magical flute…‘She’ has taken to gifting them to people who cross her path. Before ‘She’ and the children went to the location for their private ceremony. They stopped near the main village on the South Rim. While the children looked out in ahhh at how big the canyon was, she took out her flute and started to play. ‘She’ noticed a man with his grandchildren and a flute. He had started to play and she stopped playing and enjoyed his melodies. Then, the kind man suddenly appeared in front of her. He wanted to know what key the flute was in and wanted to play with her. Her son was the one that kept encouraging her to speak with the gentleman. ‘She’ immediately turned the stage over to her son. He played, Smoke on the Water. Then, they began to talk about the flutes and he shared that he and his wife held flute circles and taught others to play. ‘She’ decided to ask for his address because ‘She’ wanted to gift him a flute. He was taken back and gave her his address. ‘She’ asked if he wanted a specific key. He requested a high ‘C’.

One might ask why ‘She’ did not gift him one of the 27 flutes that were with her…Good Question. Well, they were very far away in the car, a Navajo Kachina dance was beginning and they needed to take the star children to their private ceremony. Besides, isn’t it more fun to receive a package in the mail?

‘She’ returned from her trip…and was consumed with healing from a series of life transitions that all seemed to occur one after another. About 7 weeks after ‘She’ met this kind man at the Grand Canyon, ‘She’ found his address in her journal and mailed off his Star Child. Weeks later, a card arrived from Cottonwood, AZ. ‘She’ traced her memory and could not recall who this was from. Curiously, ‘She’ opened the card which returned the entire memory from the Grand Canyon into her mind’s eye.

“Dear ‘She’,
What can I say, but an enormous Thank you!
When we met at the South Rim, it was a serendipitous fluting happening. I wish I could have started on my flute journey at the age of your son, not to mention playing as well as he does.

I must admit to have met others through the flute, but never have I been gifted a flute.
The flute you sent has a strong voice, yet the selection of cedar gives the High C such a mellow tone. It is a prize addition to my/our other flutes. I say ‘our’ as my wife also plays, and has probably enjoyed playing it as much as I.
You may find this as surprising as I did–the flute arrived two days before my birthday! You could not have planned it much better.

My wife and I are docents with the forest service outside of Sedona’s Ranger Station. That means we can give you a personal tour of Palatki and VbarV Native American cultural sites. So if you and your family or friends are ever in the Sedona Area let us know in advance. It’s interesting, educational, and we have Kokopelli pictograph & petroglyphs.

PS- I thought you might enjoy the enclosed story of how cedar became a chosen wood for Native American Flutes.

‘She’ shares this story as a reminder of the healing and magic that occurs when we just give from our heart without attachment of receiving anything in return. In addition, ‘She’ reminds us that when we are present…kindness, serendipity, and medicine for the soul are delivered.

Native American Tale of how cedar came to be made into Flutes…
Long Ago, there were many villages and few Holy Men. The Holy Men would travel from village to village sharing the teachings of the great Spirit with the people.
In one such village, there lived a young orphaned boy named Cedar. Cedar was quite taken by the peacefulness and wisdom of the Holy Man who visited his village. It becam his prayer for his life to follow the path of the Holy man and bring the teachings to the poeple. So in proper manner, he approached the Holy Man and asked to join his journey.

The old man took Cedar under his wing and their journey together began. Cedar traveled everywhere with him, listening and learning. After sharing many winters together, Cedar struck out on his own, traveling from village to village sharing with people. Cedar devoted his life to the Great Spirit and sharing His teachings.
As Cedar grew old, it was becoming more and more difficult to make the journey. But still his only prayer for his life was to continue sharing with people and serving Great psirit. He decided it was time to return to his village. He sent word that he was coming home and the people prepared for his return. Just outside his village Cedar encountered a stranger. he invited Cedar to sit by his fire and warm himself. He offered Cedar some food to nourish himself, and as the evening set in, he offered Cedar a soft pend of pine needles and leaves to rest upon. With the warmth of the fire, and a fully belly, Cedar fell fast asleep.

The next morning the people of the village set out in search of their brother. They came across the smoldering fire where Cedar mt the stranger, but there was no one there. Their brother was no where in sight, but in the place where Cedar lay was a strange new tree. The tree had a pleasing aroma, sweet and healing. So the people began using this new found tree in the ceremonies of healing and named it after the young man who devoted his life to serving the Great Spirit. And so to this day Cedar still serves the Great Spirit, bringing healing to the people in ceremony.

With each new Cedar flute this is carved, Cedar’s prayer is being kept alive… 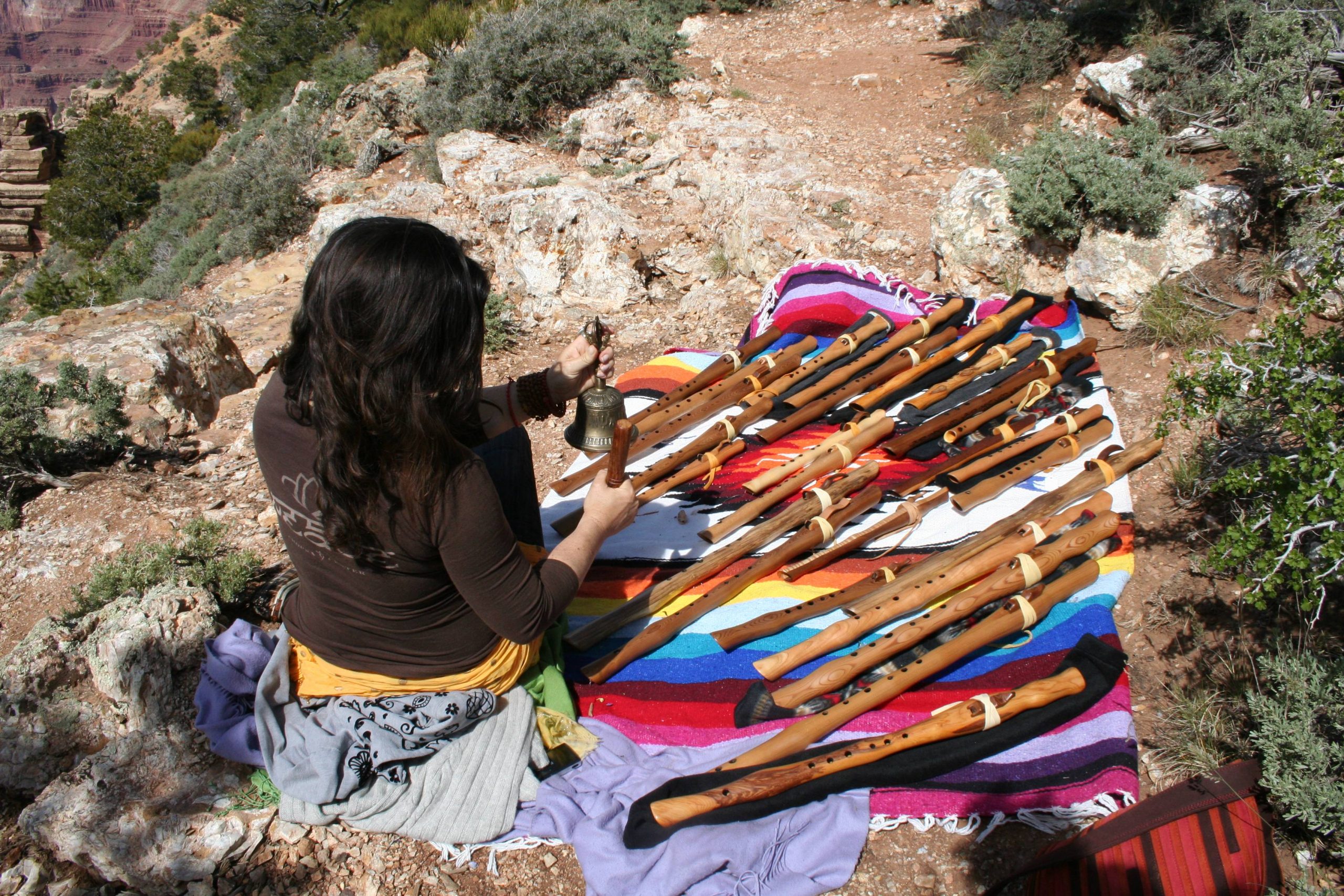