INKAN MEDICINE
The ancient way to balance and harmonize your BEING
Illaq Wayra (Illuminated Wind)
aka Moises Aragon, Peruvian Shaman 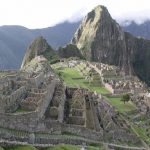 The ancient wisdom of the Pachacute’q, a state of consciousness that governs a way of life in harmony with ourselves, the planet and the cosmos. The living tradition of the Inkas speaks about Tecse Illaq Wiracocha, the supreme creator of the universe, who revealed to men His divine will: that we live life as a miraculous expression of the Divine in every moment.

Through this conscious expression of the Divine, we begin to understand the true significance of our existence, and we become capable of transforming ourselves into beings of light, “Illaq runas.”

According to Pachakute’q Myth, a few spirits will return to prepare their brothers for a new era of transformation that beckons in 2012.

Illaq Wayra is one such spirit.

Andean cosmology says that all action is sacred and must be conducted with respect for Universal Law, establishing a balance between

Illaq Wayra / Moises Aragon was born in Cusco, the Capital of the Inkas. Born of several generations of scholars and healers, at a young age he was initiated into the ancient arts of the Inkas. He also became an  archaeologist who is credited with the discovery of 44 new sites at Machupicchu, one of the Seven Wonders of the World.

Moises has dedicated his life to recovering, translating and sharing ancient Inkan healing knowledge and wisdom with humanity.